Benefits of Blended Learning in Nursing and Midwifery Education 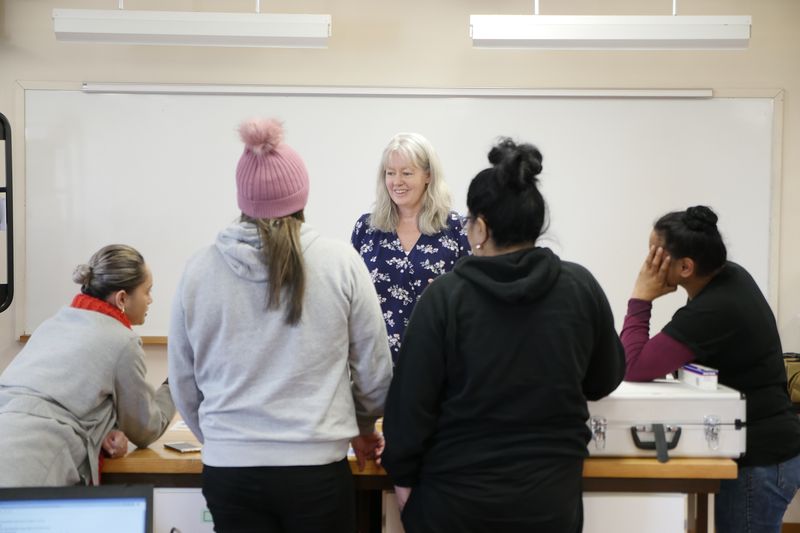 Up until recently, Ricci, like many tertiary educators taught in a very traditional manner. ‘You had your two-hour lecture followed by a two-hour lab, and then you'd give the students one hour of homework.’ While lecture-based learning is one of the oldest and most widely used teaching methods out there - is it still the best?

Rapid changes in technology has lead to an increase in online learning platforms where students can access their work anytime, anywhere. This has created a challenge in the teaching world of how to successfully and effectively integrate technology into the classroom to improve student performance.

The combination of traditional teaching methods and online learning - an approach termed blended learning, has proved to be extremely effective for Ricci’s first year nursing and midwifery students. In 2017, Ricci went to a Lt conference where she was introduced to the online learning platform Lt. Impressed by its ease of use and interactive layout, it wasn't long until she had moved most of her lecture content into Lt, creating a series of lessons, labs and ‘lectorials’ for her courses. 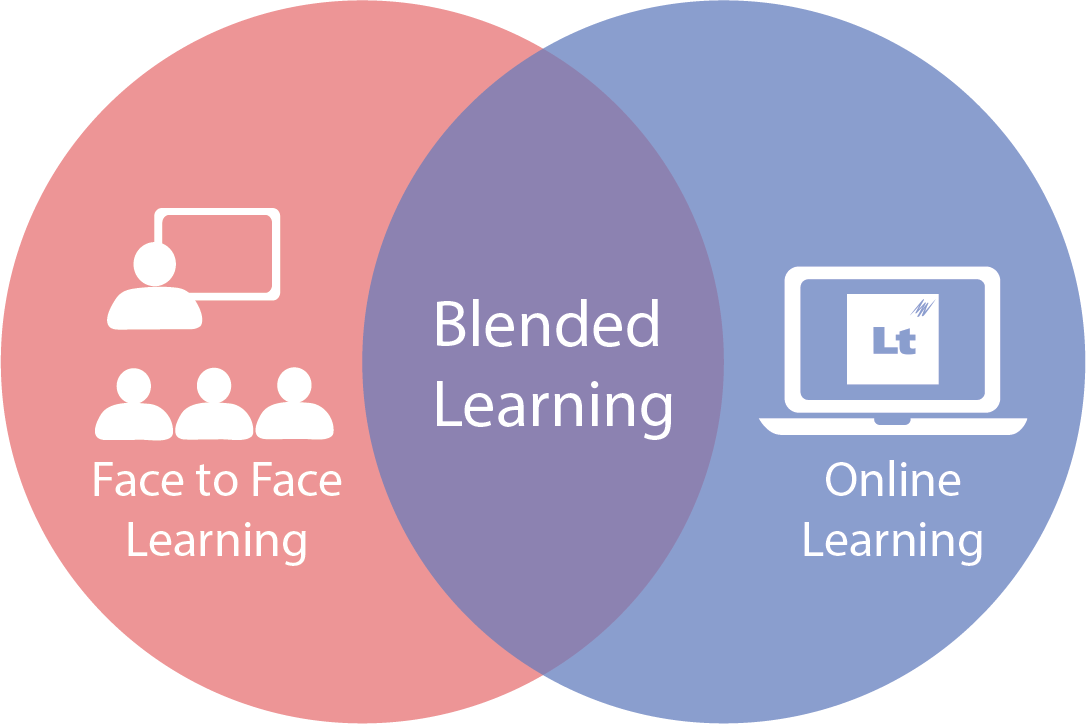 Ricci explains, ‘Lt became the primary source of course content and effectively replaced lectures for my module. Initially, we asked the students to work through content [lessons] in Lt before we saw them in the lectorials, which were supposed to be a question and answer session based on the questions that they brought, having looked at the content in Lt. So, from a student perspective this meant two hours pre-learning, then a one-hour lectorial where they could bring along questions about the content they had just learned, followed by a two hour lab class.

However, with this particular course layout, Ricci found that a lot of the time she was having to write the questions herself as students weren’t coming up with enough on their own. 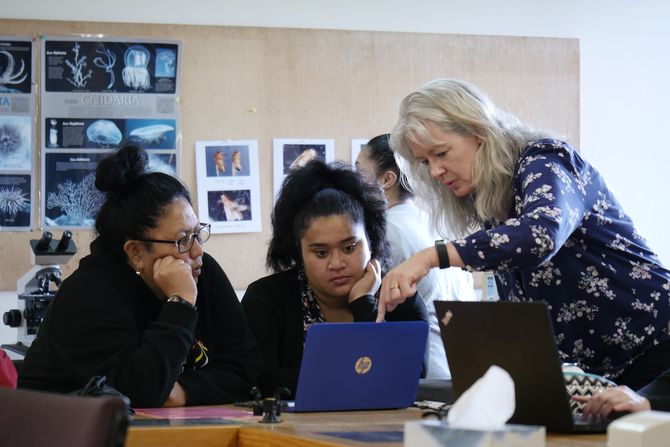 So in 2018 - she ‘flipped’ the classroom even further. Instead of students going to a lectorial after completing the online content - they went straight into the lab. This was based on feedback from students the previous year who said that they learned the most during lab classes, as they were able to apply what they had learned in Lt using practical application questions and experiments.

‘We have small labs with a 1:20 ratio with the tutor, so we were more effectively repositioning ourselves from being the "sage on the stage" to being the "guide on the side".

They also changed the focus of the lectorials so that no new content was introduced during these sessions. Instead, this became a time for students to discuss aspects such as the clinical applications of what they had learned in the lessons/labs as well as any questions they may have about the content.  Ricci says, ‘Ultimately, what we're trying to do is become the facilitators of their learning rather than the source of knowledge.’ 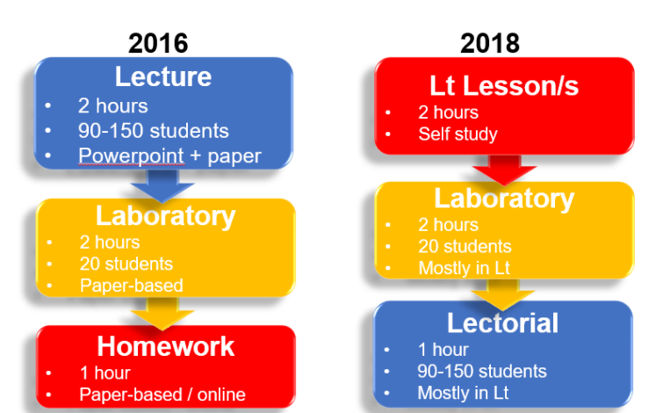 The proof is in the pudding!

The short answer questions are designed to assess a students understanding of what they have done in the lab. ‘The mean mark has gone from 50% to 61%, which is a great improvement. I think Lt is very effective!’

As we all know, change doesn’t come without resistance. While it may seem obvious that moving to Lt has been a beneficial change, proving it to the students can sometimes be a hard sell. ‘Some students have a clear idea in their head of what they think tertiary education is going to be - they expect a lecture situation.’ Most students love the novelty Lt provides, while others feel the self-directed, flipped classroom approach is just placing more work on them.

I had one student who gave a lot of kickback. For the first few weeks she hated it. She complained about doing things in an untraditional way, and that the students were "teaching themselves." But then she made a real turn. In the later classes, she said "I never did well in science, and this is the first time I have actually understood it. I got an A in my last test. This is working for me." 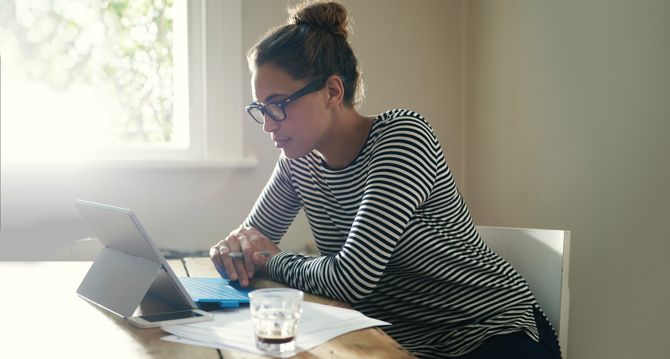 Overall, the feedback Ricci has received from students has been positive, with many commenting that they have an improved understanding of the content, and like the flexibility Lt provides towards the pace and timing of study. ‘Science used to be the hardest subject in first year nursing and the one people were 'most challenged' by - and now it isn’t!’ 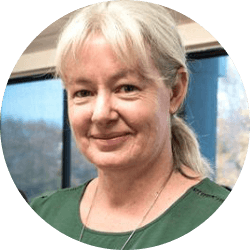 Ricci Wesselink is a senior lecturer at the Waikato Institute of Technology in the Centre for Health and Social Practice. Ricci currently teaches the second semester of the Bachelor degree programs in the Health Sciences for Nursing, Midwifery, and Physiotherapy.

In 2019, Ricci was a finalist for the Kudos Science Excellence Award for the difference she made in student learning by flipping the education model.

Webinar: Educating the Practitioner of the Future – Lt for Nursing »

Educator Insights: Using Lt to Guide Case Based Learning in years 1-3 of an undergraduate Medical Program »

Lt comes complete with over 500 ready-to-use lessons and labs for teaching physiology, anatomy, biology, nursing, and medicine. Our content is fully customizable, so you can easily add in your own text, videos, or images to shape the lessons to fit your specific teaching needs.
View all 10 content collections »