Enjoying your Easter Egg? How the type of chocolate you like is linked to your eating behavior...

Ahh, Easter. It's a time to celebrate new beginnings with family, friends...and chocolate. Let's not forget the chocolate.

And a recent study at the University of Mississippi has found that the type of chocolate you prefer is linked to textural attributes and your eating behavior. 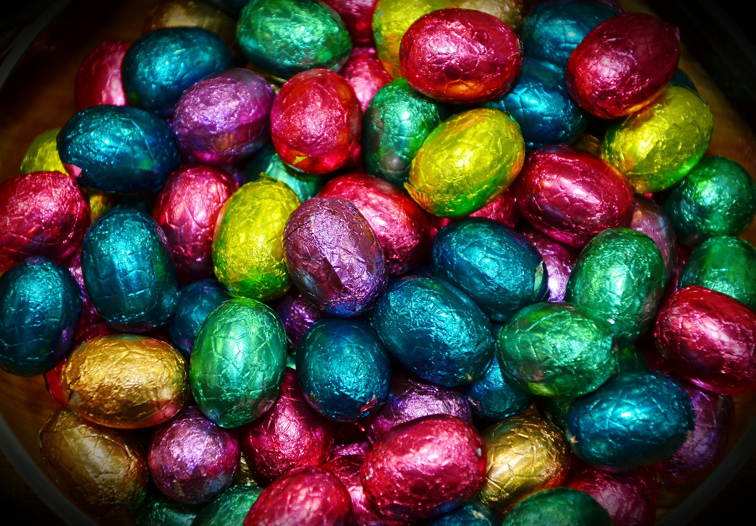 The study's author, Taylor Patterson at the University's Sally McDonnell Barksdale Honors College, used electroglottography (EGG) and surface electromyography ( sEMG ) recorded with PowerLab and LabChart, to assess people's mouth activity while they were eating different types of chocolate. She wanted to see if there was a link between the type of chocolate people preferred and their muscle activity, the amount of chewing they did, and the time it took them to eat the chocolate. The four types of chocolate used in the study were milk chocolate (30% cocoa), dark chocolate (90% cocoa), white chocolate, and novelty milk chocolate (containing vegetable oils instead of cocoa butter).

The study used electroglottography (EGG) and surface electromyography ( sEMG ) to measure the oral motor activity of each subject while they ate different types of chocolate. It was predicted that each person's preference would be significantly and positively correlated with oral motor events [for example sEMG activity of master and suprahyoid muscles, the total number of chewing actions, and time to last swallow (EGG)].

The experiment showed that a significant relationship exists between eating behavior, textural attributes, and preference.

Study supervisor, Dr. Carol Britson, Instructional Associate Professor in the University of Mississippi's Department of Biology, says that the project was fun -- "fun to talk about, fun to beta test (ahem, lots of investigator sampling of chocolate), and fun to conduct. We didn't have any shortage of volunteers!"

Patterson, T. E., (2017). Examination of Electroglottography (EGG) and Surface Electromyography (sEMG) as Techniques to Assess Oral Motor Activity During Consumption of Four Forms of Chocolate. Undergraduate thesis, under the direction of Carol Britson from Biology, University of Mississippi. Details

The experiment used a subject group of 40 students enrolled at the University of Mississippi between the ages of 18 and 24 with informed consent. Subjects were asked to consume four chocolate samples as they normally would, but to consider and rank the degree of bitterness, hardness, mouth coating, and satisfaction for each sample. Water was consumed after each sample.

Each subject had sEMG electrodes positioned on each side of the face at the masseter muscle and hyoid muscle, and one sEMG ground electrode on the shoulder. EGG electrodes were positioned on each side of the thyroid cartilage (‘Adam’s Apple), and one EGG ground electrode on the shoulder. Surface electromyography (sEMG) was used to evaluate masticator muscle activity while chewing, and electroglottography (EGG) was used to record swallowing events from the closing and opening of the vocal folds. Both methods were non-intrusive and did not interfere with the eating process. A PowerLab 26T (LTS) electronic data acquisition system from ADInstruments recorded the EGG and sEMG data using LabChart software package version 8.0.2.

The study used a ML317 electrooculography (EOG) recorder connected to the PowerLab system to record the EGG data. The EOG pod is designed to detect fine-scale muscle activity and in addition to oculomotor activity can be used to produce electrogastrographs and electroglottographs. Three MLA2504 Shielded Lead Wires were connected to the EOG pod according to the color-coded, positive, negative and ground leads. The EOG pod was plugged into the Input 1 Pod Port on the front panel of the PowerLab system. Disposable adhesive electrodes were attached to each lead before being placed on the subject. The EOG pod was calibrated to 0 mV before the experiment began, and the sensitivity range for the pod is +/- 4mV. A push button switch was also connected to the front panel of the PowerLab system via the Input 2 Pod Port in order to ensure the recording of the last swallow.

For the sEMG equipment, a MLA2540 Five-lead Shielded Bio Amp Cable and MLA2505 snap-connected Lead Wires were used. The Bio-Amp cable was connected to the PowerLab system via the Bio Amp socket. Five MLA1010 disposable adhesive electrodes were attached to the five snap-connected Lead Wires before placed on the subject. The sensitivity range for the MLA2540 Five-lead Shielded Bio Amp Cable is +/- 5μV to +/-100 mV.

Each subject consumed one randomly selected sample of chocolate to measure chewing and swallowing events. Data collection began from the time the chocolate was placed in the mouth and concluded after the last swallowing event.

The experiment showed that a significant relationship exists among eating behavior, textural attributes, and preference.

Keeping anesthetized rhinos safe
Understanding the Importance of PV Catheter Calibration in Admittance and Conductance Systems
10 simple things you can do to improve your human autonomic studies
Every second counts: Improving stroke patient outcomes through blood pressure modulation
Modular data acquisition for now and the future: Why we built the PowerLab C and C Series devices... 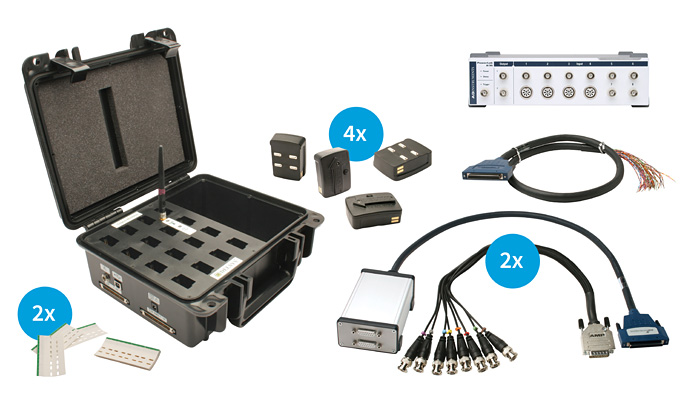 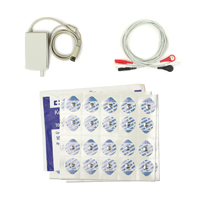