There's no question that emotional contagion sounds fascinating, but what is it? One definition is “the tendency to automatically mimic and synchronize facial expressions, vocalizations, postures, and movements with those of another person and consequently to converge emotionally.” It is an automatic, sympathetic response to the person in front of us. Just watching someone be happy or afraid can make us happy or afraid. 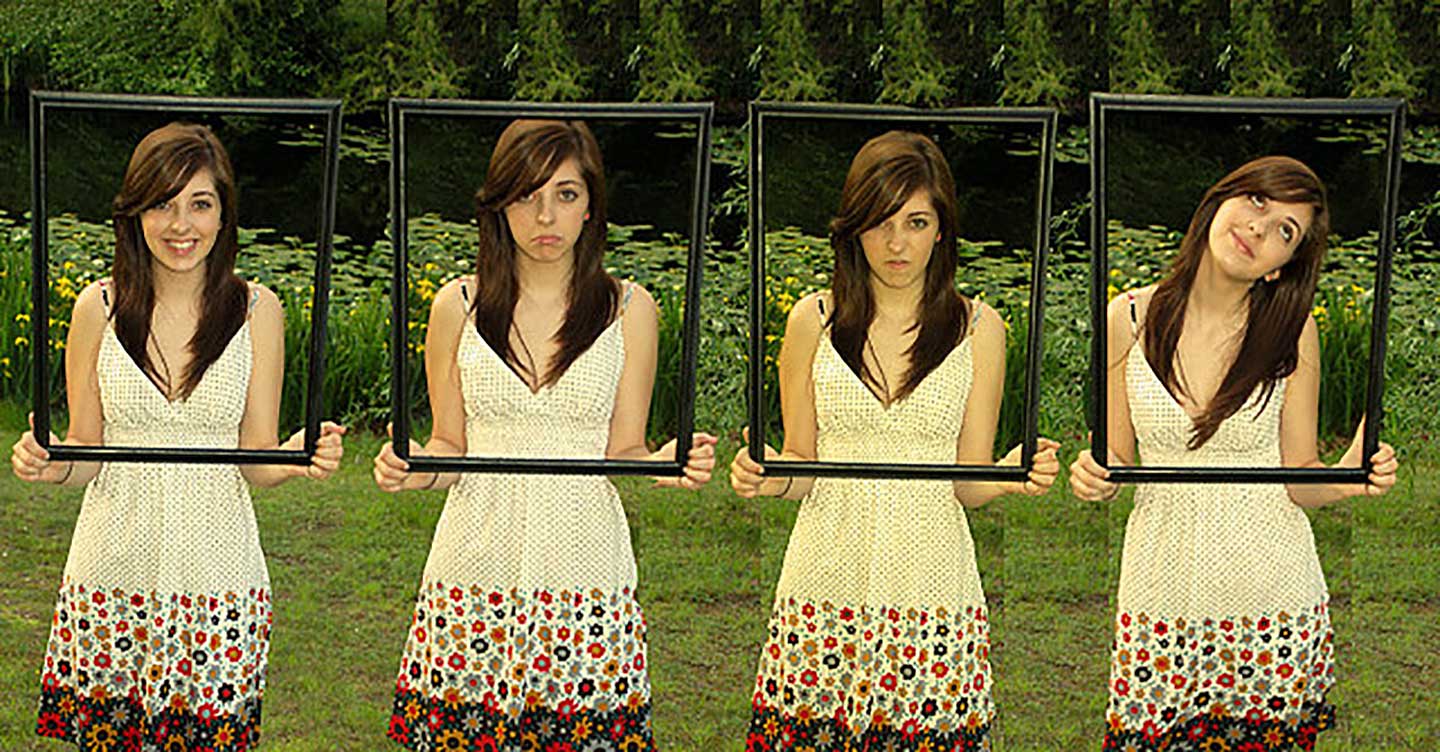 Nicole's Many Emotions by Ally Aubry  CC BY

This phenomenon has been measured many times between two people, but what about a more complex situation? What if, instead of watching someone expressing joy or fear, you are watching someone watch someone express these emotions? A recent study by Dezecache et al from Ecole Normal Superiore, a research institute in Paris, investigated what would happen in this case, as part of their investigations into the social psychology of crowds.

They recorded and analyzed the electromyographic activity of the zygomaticus major (ZM) and corrugator supercilii (CS) muscles - muscles for smiling and frowning  - and the skin conductance response (SCR) - which is a measure of emotional arousal - of their subjects using PowerLab and LabChart. They set up a person (we’ll call them C) watching a person (B) watching person (A) who was either displaying specific emotion or no emotion. The participants were not in the same room but watching each other on a computer monitor.

And what happened? When person A was expressing joy or fear, the emotions were felt by C, as transmitted through the person B. Person B did not know they were being watched so they were not attempting to communicate with their facial expressions - quite possibly they weren’t even aware of them - which means the emotions were unintentionally passed on, making it likely to be an adaptive response, evolved way back when picking up quickly on fear had a really important effect on your survival - raw fear travels between people faster than you can say “sabre-tooth tiger.”

Even more interesting, is that person C experienced increased emotion, and increased smiling muscle activity even though they couldn’t identify that joy was the emotion felt by B. When asked by the researchers, the subject couldn’t recognize the emotion but they still felt it - which actually verifies another mind-blowing study where emotions were passed on to people who were cortically blind. This suggests that the emotional cues, while they are detected by the eye, don’t travel to the usual vision-processing part of the brain, the visual cortex, but somewhere else, by a more ancient path, creating an older, instinctive response with a high survival value.

Read more about this research here.

Tissue oxygen telemetry: How does it work and why is it beneficial to your research?
Solid-state sensors at the catheter tip – Why settle for less?
Four Cardiovascular Applications Using Kaha Sciences Telemetry
Beyond the Bowel: Shining a Light on the Inner Workings of Our ‘Second Brain’
Introduction to PV loops: Understanding points on the PV loop and measures of cardiac function