The Best Exercises to Boost Blood Flow to Your Brain 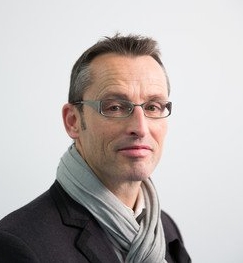 Studies have shown that physical exercise may lower the risk of Alzheimer's and vascular dementia. Exercise may directly benefit brain cells by increasing blood and oxygen flow in the brain.

Findings from the Neurovascular Research Laboratory, led by Professor Damian Bailey at the University of South Wales, have transformed our understanding of free radicals and how they can influence the way the human brain ages. Damian's novel “Brain-Train” studies have raised public awareness of the cerebrovascular benefits of physical activity, which helps improve blood flow and oxygen delivery to the brain thereby reducing the risk of stroke and dementia.

So, which are the best exercises to perform for optimal blood flow to the brain? According to Professor Damian Bailey, there are certain exercises, for example, repeated squat stands, which swing blood flow up to and down from the brain, which really helps drive the flow of blood to the brain and optimizes the response, selectively targeting brain adaptation over the long-term.

Likewise, thermal stress, such as hot yoga and sauna help get more blood to the brain.
Exercises involving hydrostatic stress, like aqua aerobics, also increase blood flow because the pressure of the water pushes more blood up and into the brain.

It also seems that exercise combined with cognitive activity helps, such as reading, doing Sudoku, or trying to work out the Rubik’s cube while on the treadmill. 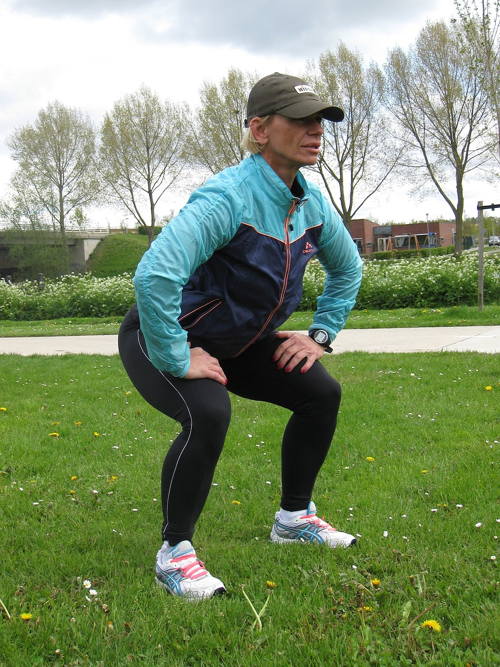 Repeated squats drive the flow of blood to the brain.

But diet also plays a huge role. Damian says, “Our research has shown that we spend a large proportion of our lives “recovering” from a meal, so if you eat a fat bomb it has a hugely negative impact on the brain.”

Ten years younger: How exercise turns back the clock on your aging brain

Is high-intensity interval training (HIIT) good for the brain? 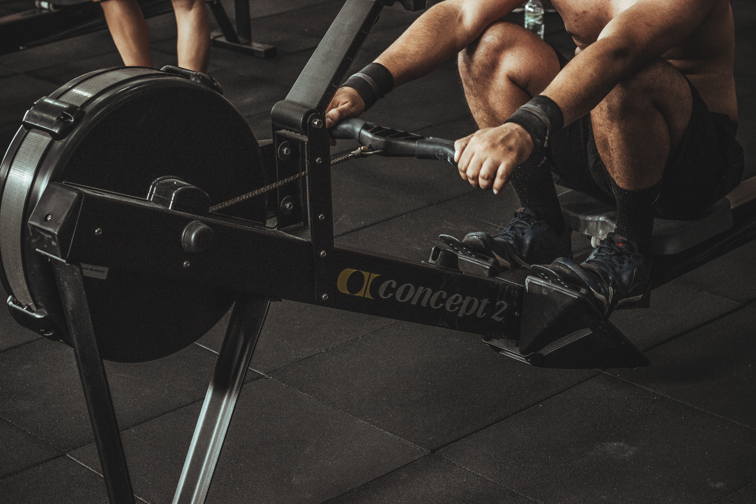 With HIIT, the intensity of effort seems to be the key factor. Image: Victor Freitas

High-intensity interval training (HIIT) has gained popularity in recent years. HIIT training is made up of bursts of all-out exercise followed by short periods of rest for recovery.

Damian says, “One of my colleagues did some original work with patients who were complaining, “I’m not fit, I haven’t got an hour a day, what I want to do is limited time, and compress all of this down into a packet of exercise - so instead of going long, I’m going hard."

"Out of this came the HIIT paradigm. A lot of work looking at HIIT is focused on cardiovascular circulation, and it’s actually demonstrated that the intensity of the effort is the key factor that drives protection. We are showing benefits with HIIT that are occurring in the brain. But we’re still playing catch-up, we’re trying to stimulate more research in this field."

How exercise helps the aging brain

The brain is reliant on oxygen, and we need to get more blood flowing into the brain as we get older, and exercise is a great way to do that. The question is, what is the best way to optimize the beneficial effects of exercise?

As we get older, and especially with inactivity, blood flow and consequently oxygen delivery to the brain decreases. This has been linked to an impairment in our ability to think, remember and formulate ideas, collectively known as cognition. Long-term physical activity is a potent countermeasure, likely because it can attenuate these changes and improve cognitive function in older life – a form of brain-train as opposed to brain drain.

Damian explains, “the first thing is that exercise stimulates neurogenesis, which is when the brain makes more neurons, or brain cells. That occurs in the hippocampus, in the dentate gyrus, which is especially vulnerable to aging and which, among other functions, is thought to help in the formation of memories."

"The second is that it seems that exercise can help break down or slow the accumulation of a really nasty protein called beta-amyloid, a sticky protein that forms and sets in the brain and blocks our synapses. 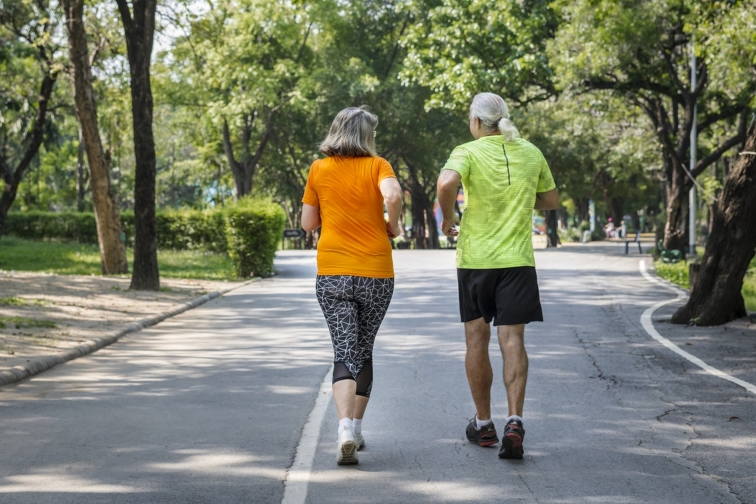 "Exercise can also help reduce inflammation in the brain and lessen the buildup of free radicals that can cause damage. It can also increase production of an important protein, brain-derived neurotrophic factor, which allows cells to grow and speak to one other. It also seems that exercise can improve proprioceptive adaptation – that is, the motor skills that allow us to, for instance, touch our nose with our hands.”

One of the reasons Damian believes that exercise works, is that it helps our blood vessels get more blood into the brain, and therefore more oxygen. He says, “When we’re young, our blood vessels are floppy, but as we get older they get really stiff and furred up from the junk of life (like fish and chips causing atherosclerosis). The reason we think exercise is protective is that as blood rushes across the inner lining of those blood vessels, something we call the vascular endothelium, it triggers all sorts of chemicals to be released, especially nitric oxide, which helps the brain’s blood vessels to relax and open up, getting more oxygen to the parts of the brain that need it the most.”

The role of free radicals

To understand the benefits of exercise on brain function, Damian's research focuses on free radicals, molecules that regulate oxygen delivery to the brain, for good and for bad. Having showed for the first time in exercising humans that free radical formation increases in skeletal muscle - conventionally accepted as a bad thing given these molecules’ capacity for structural tissue damage - he has since demonstrated that, in physiologically controlled amounts, free radicals act as adaptive signalling molecules that contribute towards improving vascular health, not only within muscle but also in the brain.

These adaptations allow the exercising brain to function as if it were over a decade younger, which can reduce the incidence of stroke and dementia - truly “exercising the brain for gain.” Damian says, "It's a dream result. The power to fight age-related neurodegeneration could be available to everyone, at no cost and without the adverse side-effects that can come with medication."

Damian Bailey is Professor of Physiology and Biochemistry at the University of South Wales where he is currently the Royal Society Wolfson Research Fellow and Head of the Neurovascular Research Laboratory.