Introduction to Optogenetics for Neuroscience Research

Are you thinking about using optogenetics in your neuroscience research but are unsure where to begin? Here we provide an overview of the key tools and techniques involved in optogenetics and its applications in the neuroscience field.


Optogenetics is a relatively new technique in the neurobiology field that integrates the use of light (optics) and genetic engineering to manipulate neural activity. It broadly involves transfecting neurons with light-sensitive proteins (opsins) that, depending on the type of opsin used, can selectively activate or silence those neurons using pulses of visible light.

Optogenetics has now taken hold in the neuroscience field and revolutionized how we study the brain. Prior to its application, it was challenging for scientists to discriminate the neural pathways involved in certain physiological responses and behaviors. Alternative methods such as pharmacological or electrical stimulation lack the same temporal and anatomical precision that can be achieved through optogenetic tools.

With the rapid development of related technologies, optogenetics has opened the door to therapeutic applications such as deep brain stimulation for the treatment of Parkinson’s disease, prevention of seizures for epilepsy, and even in the pacing of heart muscle for cardiac dysfunction.

Optogenetics offers a highly targeted approach to neural modulation from the scale of individual neurons in living tissue, to freely moving animals - making it a powerful tool for any neuroscience researcher.

So how does it work?

Although a wide range of technologies now fall under the optogenetics umbrella, generally they can be divided into two main categories; the tools used to express opsins in the target tissue, and those used to stimulate (activate/deactivate cells) and measure the resulting response.

This video provides an overview of some of the tools and techniques used for opsin expression and stimulation for in vivo animal studies, which we will go into more detail below.


Opsin expression in the target tissue

Because microbial opsins aren’t naturally expressed in mammalian tissue, the target cells must be genetically engineered to express these proteins.

Several techniques are available for introducing opsins into live cells, including DNA transfection, electroporation, and transgenic expression systems. In the brain, viral-mediated gene delivery has become the method of choice for most neuroscientists due to its ability to target different regions of brain tissue with increased accuracy.

There are three main components to a viral expression system: 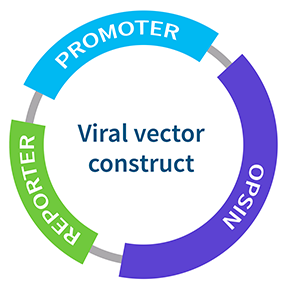 Each of these components can be tailored to suit the specific research question. For example, there are hundreds of different types of opsin variants available, each with their own unique spectral and kinetic features that can be used to target different cell types and elicit different physiological responses (Figure 1). 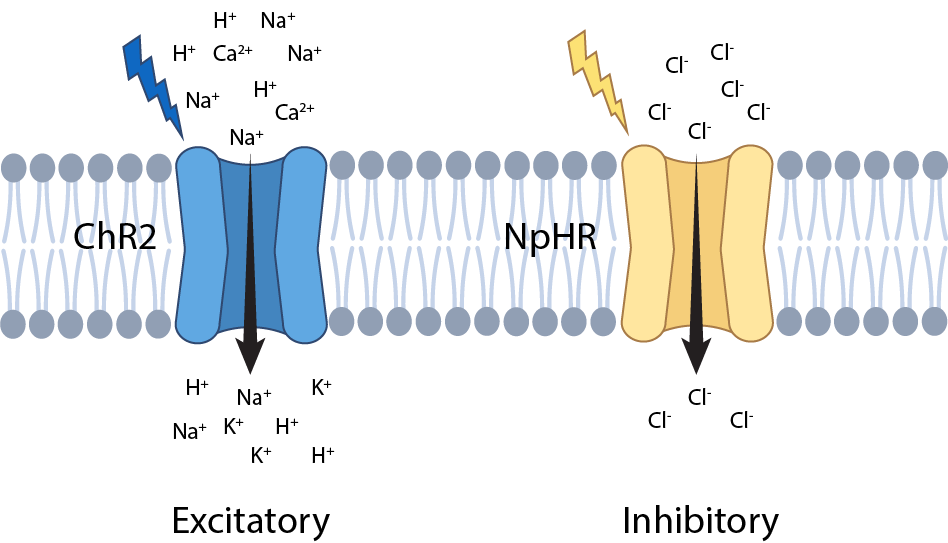 Likewise, there are various viral expression systems available in the optogenetics toolkit, each designed to work in different animal models or facilitate different types of opsin expression.

The Adeno-Associated Virus (AAV) is the most widely used viral vector in small animal research due to its specificity for infecting neural tissue and relatively low inflammatory rates compared to other viral vectors.

Once the viral vector has been constructed and amplified, microinjection is generally used to deliver the virus to the target region in the brain. The virus will then infect localized neurons and deliver the construct. A chosen subset of those neurons will have the right cellular machinery to activate the promoter and express the opsin in the cell.

For more detailed information about viral vector expression systems and the steps involved in creating and isolating a viral vector for optogenetic studies, check out this helpful guide.

The second major factor that needs to be considered for optogenetic studies are the tools required to stimulate the opsin expressing cells and measure the resulting response. Most light targeting devices available for in vivo animal studies involve the use of a tethered or wireless head-mounted system, with the addition of a secondary piece of equipment for recording the physiological response.

While tethered and head-mounted systems have improved dramatically since the initial application of optogenetics, they still have their limitations, including:

With optogenetics now taking a shift towards therapeutic research applications, there is a need for light delivery/stimulation tools that are more suited to long-term studies. As such, wireless telemetry-based systems are becoming increasingly popular for in vivo animal research, as they facilitate long-term, unrestrained experimentation on animals in their home environment. 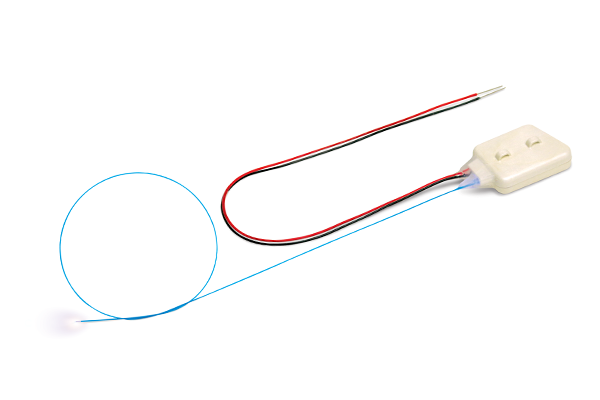 For more information about the Kaha Optogenetics telemeter and how it might be useful for your particular research application, please get in touch with your nearest ADInstruments representative.

Please note that ADInstruments is unable to support customers in the development of their viral vectors for opsin expression. If you are new to optogenetics, we suggest collaborating with a researcher who is experienced in the techniques required to create a viral vector expression system.

Every second counts: Improving stroke patient outcomes through blood pressure modulation
Getting started with small animal Telemetry: Fiona’s top three tips
ADInstruments announces acquisition of Kaha Sciences for small animal telemetry
Tissue oxygen telemetry: How does it work and why is it beneficial to your research?
The Benefits of Using Telemetry in Research