Beyond the Bowel: Shining a Light on the Inner Workings of Our ‘Second Brain’

More than a gut feeling - Our second brain

Everybody knows that feeling, deep down in your belly when something doesn't feel right. Some might call it intuition - others, superstition. Well, it turns out that ‘gut instinct’ you feel is far from a mystical ‘sixth sense.’

Buried deep within the lining of your gastrointestinal tract there is a complex network of over 100 million neurons, more commonly known as our Enteric Nervous System (ENS).

The ENS is the largest component of our autonomic nervous system and is unique in the fact that it can function independently of any neural inputs (or commands) from the central nervous system (the brain and spinal cord). However, the functioning of the ENS goes far beyond just processing the food that we eat; this network of neurons has been shown to control local blood flow, secretion of fluids, ions, and bioactive peptides, as well as modulate important immune and endocrine functions - not surprisingly earning it the nickname of our ‘second brain.’ 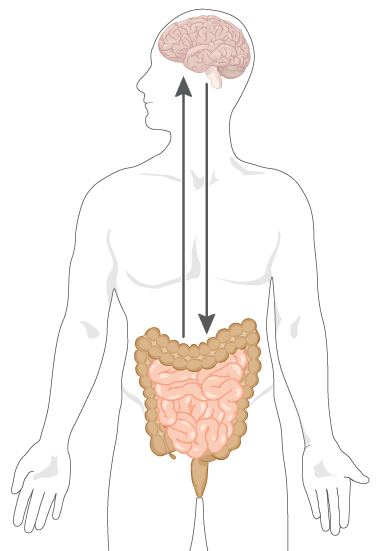 Over the past decade, there has been increasing interest in how our ‘second brain’ functions at a physiological level, e.g., regulating the movement and processing of food, as well as understanding how the gut and brain communicate with one another along the gut-brain axis.

One such researcher who is actively involved in this field is Professor Nick Spencer (PhD), a Neurogastroenterologist from Flinders University, Australia. Nick’s lab - the Visceral Neurophysiology Laboratory, primarily focuses on understanding how intrinsic nerves within the gut wall (i.e., the Enteric Nervous System) lead to the propulsion of content along the gut.

They have also received funding to look into how the extrinsic nerves from the gut communicate with the spinal cord and brain and whether other internal organs, like the bladder and uterus, communicate via similar or different mechanisms (via sensory nerves) to the CNS. 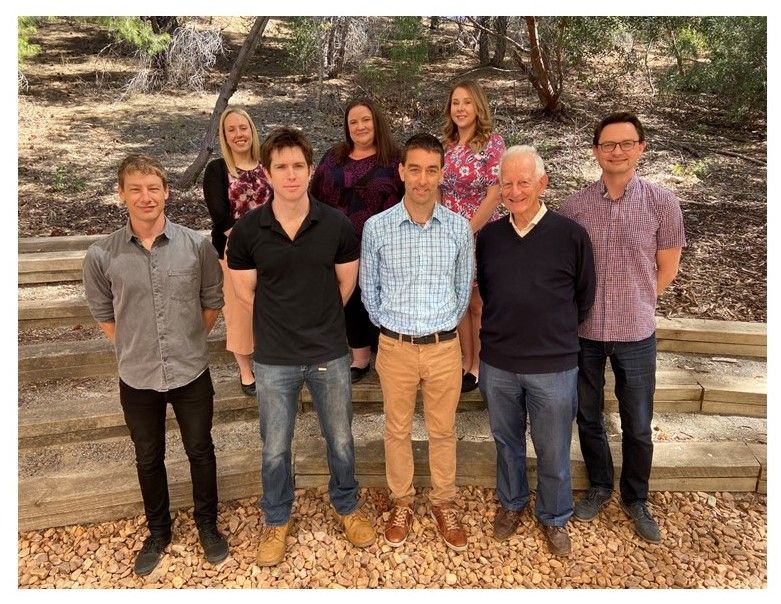 Nick’s interest in our intelligent intestines stemmed from a practical class during his undergraduate studies at Monash University. Nick explains, ‘I was amazed that the nervous system in the colon was still active and was in many ways like the heart - capable of generating rhythmic contractions every few minutes, that propagated along the whole colon, even though the colon was isolated from the animal. This amazed me in 1992 and still does today.”

Shining a light on the mysteries of the gut

To delve deeper into these questions, the Spencer Lab has adopted the cutting edge technique of optogenetics into their experiments to help uncover the inner workings of the ENS.

Optogenetics is a modern research tool that allows neuroscientists to control the activity of neurons using light. Through genetic engineering, Nick and his team can modify neurons in the ENS to express light-sensitive ion channels that will trigger a physiological response upon exposure to light.

Nick says,  ‘Primarily, we are using light, delivered via optogenetic approaches, to increase the contractile force of internal organs, like the gut.’ In 2018, Nick alongside Dr. Hongzhen Hu were the first to demonstrate that wireless optogenetics could be used to increase gut transit in a conscious, freely moving animal. You can view the study here »

Measuring ENS activity in the Lab

In order to measure the neural activity and subsequent muscle contractions in response to the light stimulation, Nick requires an intricate experimental setup involving both custom and commercially available equipment. First, they must isolate a segment of the colon from the transgenic animal and submerge it in a heated organ bath to simulate physiological conditions. From here, they can hook up different pieces of equipment to measure a variety of signals such as contractile force, pressure, and neural activity. 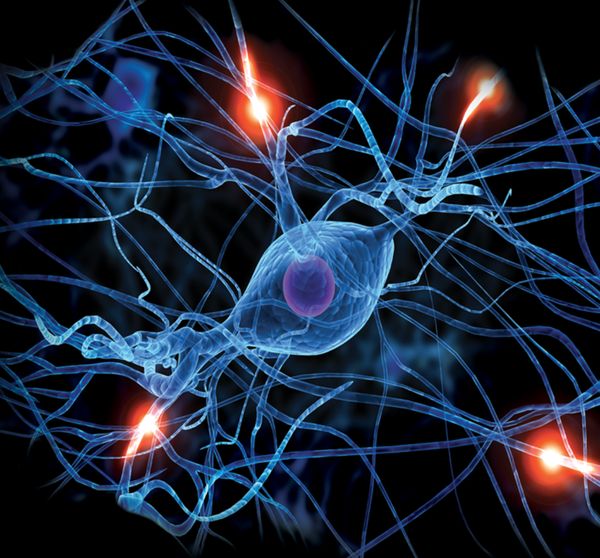 Nick explains, ‘A typical experiment normally involves the use of a PowerLab (for data acquisition), amplifiers, a webcam to video the movements of the gut, bladder or uterine wall and some custom-made electrodes to record electrical activities.’ The recorded signals are later analyzed alongside the video footage of the tissue movements using LabChart software.

Nick says, ‘The Video Capture Module for LabChart is critical for us to temporally correlate simultaneous recordings of pressure and/or electrical activity in the gut, bladder, or uterus at the same time as videoing the movements of these organs, under highly controlled conditions.’

Related: Find out how the Video Capture Module could be useful for your research »

The clinical applications of optogenetics go far beyond increasing the motility of the gut in the absence of pharmaceuticals. Nick explains, ‘We are also using optogenetic tools to silence sensory neurons that carry pain signals from internal organs to the spinal cord. This approach opens major new opportunities whereby one can potentially improve organ function, like the gut, using light, instead of drugs to help restore function under certain pathological conditions.’

Another major benefit of this technique is that optogenetic delivery of light is instant and doesn’t take minutes to hours to act on an organ, as orally-ingested drugs normally do.

The ability to selectively switch light onto nerves to turn them “on” or “off” has major beneficial ramifications for the community, as there are rarely drugs that act specifically on only one organ.
Nick says ‘The use of optogenetics can be applied to improve gut-brain communication using light, instead of having to consume non-specific drugs that usually have multiple off-target effects. This could dramatically minimize side effects and mean no drugs are further necessary.’

No guts, no glory!

Aside from Nick’s pioneering work using optogenetics to improve gut motility, he has also been recognized for his work in developing an imaging approach that allows them to visualize and record from hundreds of neurons in the enteric nervous system simultaneously, and correlate these neuronal firing patterns with activities in the smooth muscle cells. This major study was published in The Journal of Neuroscience and can be found here.

The Spencer group has also been noted for their work in developing a novel neuronal tracing technique to identify the sensory nerve endings that underlie pain perception from internal organs, like the bladder, uterus, and gut. More information about the study can be found here.

If you are interested in finding out more about Nick and his Research, view our on-demand webinar, titled 'Spatio-temporal imaging – in real-time!'  WATCH NOW>>

In this webinar, Nick demonstrates how to do real-time, spatio-temporal mapping along the isolated segment of gut, combined with multi-site electrophysiological recordings. This new approach allows one to correlate the electrical activities along an organ with intraluminal pressure and movement, and provides powerful insights into mechanisms underlying propagation of electrical and mechanical activities along largely hollow organs. 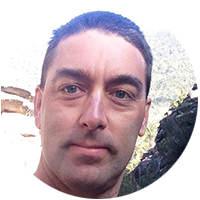 Nick Spencer is a Professor in the College of Medicine and Public Health at Flinders University in South Australia. His research is largely centered around the neural control mechanisms that regulate the gastrointestinal tract. In 2016, Nick was elected President of the Australasian Neurogastroenterology & Motility Association (ANGMA).

Hear about more inspiring stories from our customers: 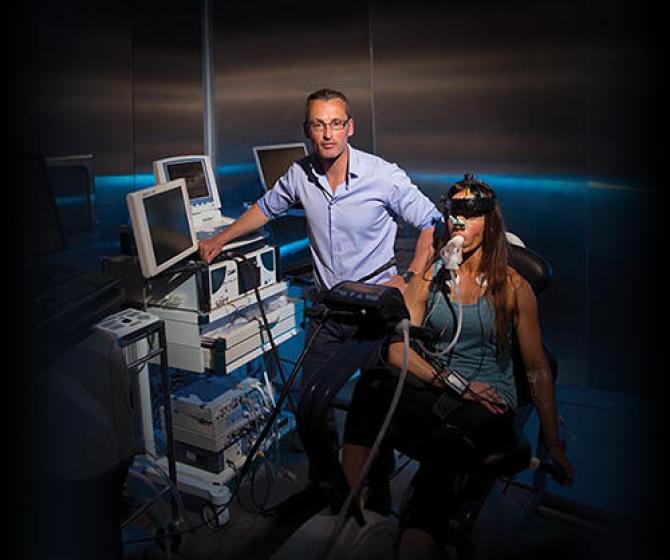 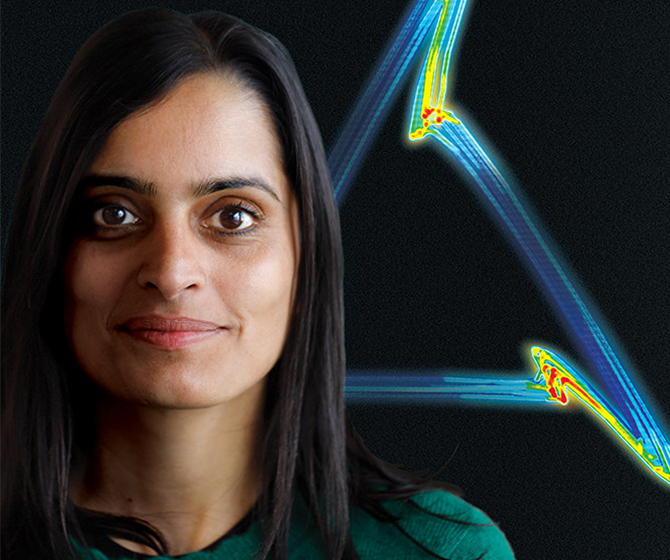 Reining chaos to save lives- Find out how Dr. Manasi Nandi's novel approach, combining maths and medicine has the potential to save thousands of lives by diagnosing presymptomatic sepsis earlier » 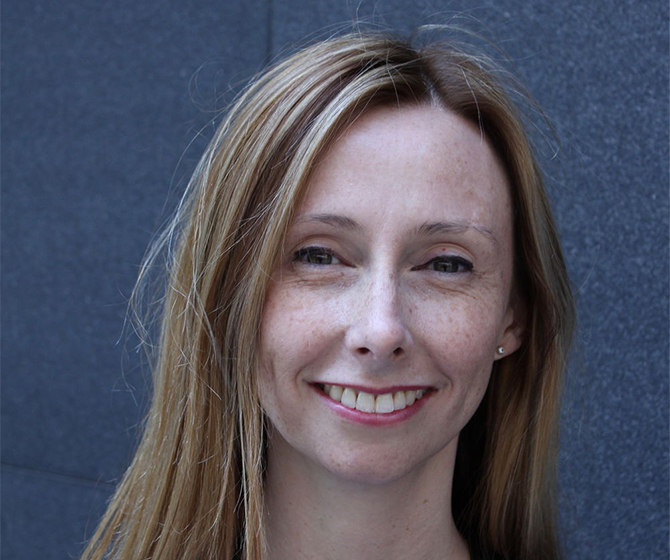 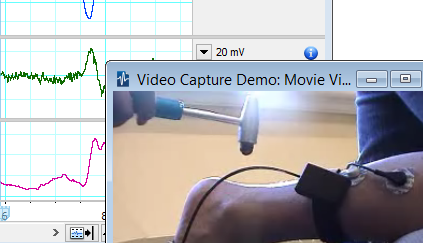