Below we have outlined some unique cancer research applications using Mikro-Tip® catheters. 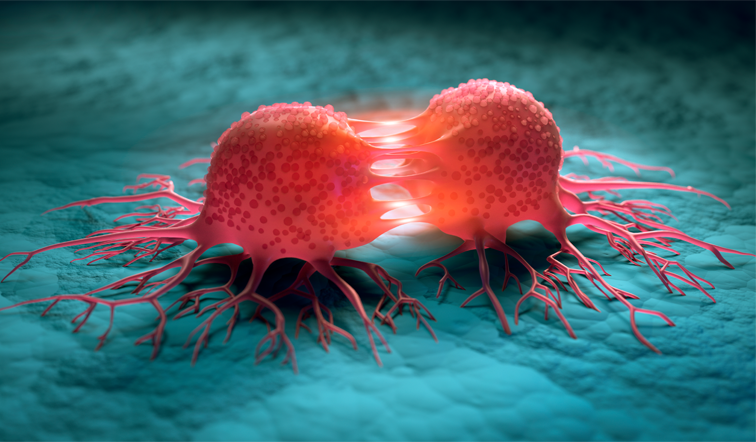 Solid tumors have higher interstitial fluid pressures (IFP) than surrounding tissue. The higher the IFP, the more difficult it is for treatments to impact the tumor uniformly. Mori et al. explored whether IFP was a useful measure for clinicians treating lung cancer and thymic cancer. Using an SPR-1000, they compared relative IFP with prognosis and outcomes for 44 thymic cancer patients and 211 lung cancer patients. In both cases, IFP was shown to be relevant for assessing patient prognosis. The higher the IFP, the worse the patient’s outcomes.

If IFP were to be used in diagnosis, however, it would be important to be sure that measurements were consistent. Hansem et al. sought to address whether the inconsistency of IFP measurements in human tumors were due to user error, or if IFP is actually less stable within the tumor than previously reported.

Using an SPR-320 in two positions within each tumor, Hansem et al. determined that there were significant inconsistencies in intratumor IFP. Tumors are known to be broken up into thick bands of connective tissue, with compartments of other tissues within. Therefore, it shouldn’t be surprising that each of those areas have slightly different IFP. This doesn’t preclude clinicians from using IFP as a measure of tumor severity or patient prognosis, but it does suggest that clinicians use IFP measurements with a degree of caution.

Dexrazoxane is the only approved cardioprotective drug used to prevent cardiotoxicity. For decades it was believed to provide this protection via metal chelation; binding to metals in the blood. However, research carried out by Jirkovský et al. suggests that the true protection comes from dexrazoxane targeting the enzyme topoisomerase IIβ.

Dexrazoxane and the metal binding aspect of the drug, ADR-925, were administered to separate groups. Cardiotoxicity was determined by monitoring left ventricular systolic functioning with an SPR-940. By comparing the two groups Jirkovský et al. were able to show that the metal chelation effect of dexrazoxane was ineffective in preventing cardiotoxicity, while the drug presented as a whole was still effective.

The Warburg Effect in Lung Cancer

The Warburg Effect is the phenomenon whereby cancer cells switch their metabolic drive from typical oxidative phosphorylation in the mitochondria, to the less efficient process of aerobic glycolysis in the cytosol. The primary driver of this phenomenon is unknown, it is inefficient for producing cellular energy in the form of ATP, but the metabolites it produces seem to be beneficial for the hyper-proliferation of cancer cells.

Dabral et al. sought to determine the relationship between RASSF1A, a scaffolding protein and tumor suppressor, and the Warburg Effect in lung cancer. RASSF1A modulates aspects of scheduled cell death and multiple cell cycle checkpoints that prevent cancer development. However, RASSF1A has also been found in abundance in various human cancer tissues. Dabral et al. believed that the relationship between the Warburg Effect and RASSF1A may be the result of hypoxia.

To determine the systemic impact of hypoxia, mice were examined before and after a 4-week exposure to a hypoxic, low-oxygen, environment via cardiac MRI and catheterization. An SPR-671 was inserted into the right external jugular vein and advanced to the right ventricle to assess the right ventricular systolic pressure.

Intra-bone marrow injections have historically been used to deliver medications, fluids, and blood products directly into the venous system for maximal speed and efficiency. More recently, bone marrow grafts, where donor marrow is injected into the recipient’s marrow, have been used to treat a range of autoimmune conditions and solid tumors. These treatments are more direct and intensive than typical transplantation wherein donor marrow is provided to the recipient through an IV.

Grafts, however, are risky. Graft rejection, infection, and graft-versus-host disease can leave patients at even greater risk than the disease they were trying to treat. Transplants can also fail due to a low number of cells actually transplanted into the patient via conventional techniques; a variable that is particularly tricky to measure during treatment.

Stringaris et al. sought to determine whether engraftment could be improved with optimized cell delivery; essentially targeting two birds with one stone. The optimized intra-bone injection was set to a controlled rate of 0.2mL/min or lower and tracked in real-time using a 2-Fr Millar Mikro-Tip® pressure catheter. The highly sensitive pressure catheter was crucial in ensuring that infusion pressure was consistent throughout the infusion process, giving the transfusion the greatest chance of successful cell transplantation.

Unfortunately, even with an optimized injection rate, there was no improvement in graft outcomes, leading Stringaris et al. to support IV approaches over intra-bone approaches to patient grafts.

While Millar catheters are most well known for their gold-standard accuracy in recording cardiovascular pressures, the accuracy and precision of their pressure catheters lend themselves to many other applications. For more information about Millar Mikro-Tip® pressure catheters or to discuss your specific research application, please contact your nearest ADInstruments support representative.

What are the physical dimension of the Mikro-Tip catheter's sensor area? »